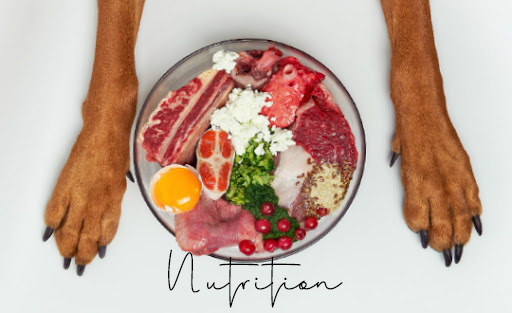 History
The history of the Dobermann breed is sometimes disputed by experts; however, it's generally thought that Dobermanns were first bred in the 1880s by Karl Friedrich Louis Dobermann in Apolda, Thuringia, Germany, a tax collector who ran the Apolda dog pound. With access to dogs of many breeds, he got the idea to create a breed that would be ideal for protecting him. He set out to breed a new type of dog that would exhibit impressive stamina, strength, and intelligence. Five years after Dobermann's death, Otto Goeller, one of the earliest breeders, created the National Doberman Pinscher Club and is considered to have perfected the breed, breeding and refining them in the 1890s. The breed is believed to have been created from several different breeds of dogs that had the characteristics that Dobermann was looking for. The exact ratios of mixing, and even the exact breeds that were used, remain uncertain, although many experts believe that the Dobermann Pinscher is a combination of several breeds including the Beauceron, German Pinscher, Rottweiler and Weimaraner. The single exception is the documented crossing with the Greyhound and Manchester Terrier. It is also widely believed that the old German Shepherd was the single largest contributor to the Dobermann breed. Philip Greunig's The Dobermann Pinscher (1939) describes the breed's early development by Otto Goeller, who helped to establish the breed. The American Kennel Club believes the breeds utilized to develop the Dobermann Pinscher may have included the old shorthaired shepherd, Rottweiler, Black and Tan Terrier and the German Pinscher. After Dobermann's death in 1894, the Germans named the breed Dobermann-pinscher in his honor, but a half century later dropped the word 'pinscher' on the grounds that this German word for 'terrier' was no longer appropriate. The British did the same a few years later; now the US and Canada are the only countries who continue to use Pinscher and have dropped an "n" from Dobermann's surname. During World War II, the United States Marine Corps adopted the Doberman Pinscher as its official war dog, although the Corps did not exclusively use this breed in the role. In the United States, the American Kennel Club ranked the Doberman Pinscher as the 12th most popular dog breed in 2012 and 2013.

Size and proportions
Although the breed standards vary among kennel and breed clubs, most follow the standard set by the FCI, which describes the size of male dogs as 68 to 72 centimetres (27 to 28 in) at the withers; The Kennel Club in the UK quotes 69 centimetres (27 in) as being ideal. The size of female dogs, according to the same standards, is 63 to 68 centimetres (25 to 27 in), with 65 centimetres (26 in) being ideal. The Dobermann has a square frame; its length should equal its height to the withers and the length of its head, neck, and legs should be in proportion to its body.
The standards for the weight of the Dobermann are also described by the FCI. The ideal dog must be of a sufficient size for an optimal combination of strength, endurance and agility The ideal weight of male dogs is described as 40–45 kilograms (88–99 lb) and the ideal weight of female dogs is described to be 32–35 kilograms (71–77 lb).

Colors
Two different color genes exist in the Dobermann: one for black (B) and one for color dilution (D). There are nine possible combinations of these alleles, which can result in four different color phenotypes: black, blue, red, and fawn (Isabella). The traditional and most common color occurs when both the color and dilution genes have at least one dominant allele (i.e., BBDD, BBDd, BbDD or BbDd) and is commonly referred to as black, black and rust, or black and tan. The red, red rust, or brown coloration occurs when the black gene has two recessive alleles but the dilution gene has at least one dominant allele (i.e., bbDD, bbDd). The blue Dobermann has the color gene with at least one dominant allele and the dilution gene with both recessive alleles (i.e., BBdd or Bbdd). The fawn coloration is the least common, occurring only when both the color and dilution genes have two recessive alleles (i.e., bbdd). Thus, the blue color is a diluted black, and the fawn color is a diluted red.
Expression of the color dilution gene is a disorder called Color Dilution Alopecia, a kind of canine follicular dysplasia. Although not life-threatening, these dogs can develop skin problems.
In 1976, a "white" Doberman Pinscher was whelped and was subsequently bred to her son, who was also bred to his litter sisters. This tight inbreeding continued for some time to allow the breeders to "fix" the mutation. White Dobermanns are a cream color with white markings and blue eyes. Although this is consistent with albinism, the proper characterization of the mutation is currently unknown. The animals are commonly known as tyrosinase-positive albinoids, lacking melanin in oculocutaneous structures. This condition is caused by a partial deletion in the SLC45A2 gene.

Intelligence
Canine intelligence is an umbrella term that encompasses the faculties involved in a wide range of mental tasks, such as learning, problem-solving, and communication. The Doberman Pinscher has been ranked amongst the most intelligent dog breeds in experimental studies and expert evaluations. Psychologist Stanley Coren ranks the Dobermann as the 5th most intelligent dog in the category of obedience command training, based on the selective surveys answered by experienced trainers (as documented in his book The Intelligence of Dogs). Additionally, in two studies, Hart and Hart (1985) ranked the Doberman Pinscher first in the same category, and Tortora (1980) gave the Dobermann the highest rank in general trainability. Although the methods of evaluation differ, these studies have consistently shown that the Doberman Pinscher, along with the Border Collie, Standard Poodle, German Shepherd, Golden Retriever, and Rottweiler, is one of the most trainable breeds of dog.

Popularity
The Dobermann became very popular over a short period of time. It is a relatively new breed, less than 150 years old. According to the latest ranking in 2017 by the American Kennel Club, Dobermanns are the 16th most popular dog breed. Dobermanns started to become popular when they were used in World War II as guard dogs. In the 1970s, Dobermanns had their fair share in movies. They starred in the 1972 American film The Doberman Gang.[50] Dobermanns also became popular after winning four Westminster Kennel Club Dog Shows in 1939, 1952, 1953 and 1989. The Dobermann was recognised (as the Doberman Pinscher) by the American Kennel Club in 1908 and since then they have been one of the most popular dog breeds due to their intelligence and agility. Even today, the numbers of Dobermann dog registrations are increasing. They are also featured in the music video "Who Am I?" in which they are one of the dog breeds Snoop Dogg and others turn into.